Integrating the Arts: Art, Science & The Persistence of Vision

Monday night I had the pleasure of volunteering at Amherst PTA's Math & Science Night at Wilkin's Elementary School in Amherst, NH. The Math & Science night is a free non-commercial event where families can come together and enjoy playing with math and science concepts. There were all sorts of good things there: games, voting & graphing, fishing for fractions, using microscopes, learning about sound waves and more--all in a fun & relaxed setting.


I asked if I could come and set up a table where art and science were used together. Combining science and art is probably one of the most fun things to do (I often tell my husband that if this art teacher thing doesn't work out I am becoming an earth science teacher. To which he replies with raised eyebrows!).

Anyhow, I needed to create a project that would entice children to stop at my table, stay a couple minutes, have a high success rate, and be cheap (hey, I'm paying for this and I didn't know if I was going to have 100 or 300 kids at this event!). So, I chose a basic animation "machine" called the Thaumatrope. Here's my original post here with the "how to."I used plastic drinking straws instead of skewers because they were safer. 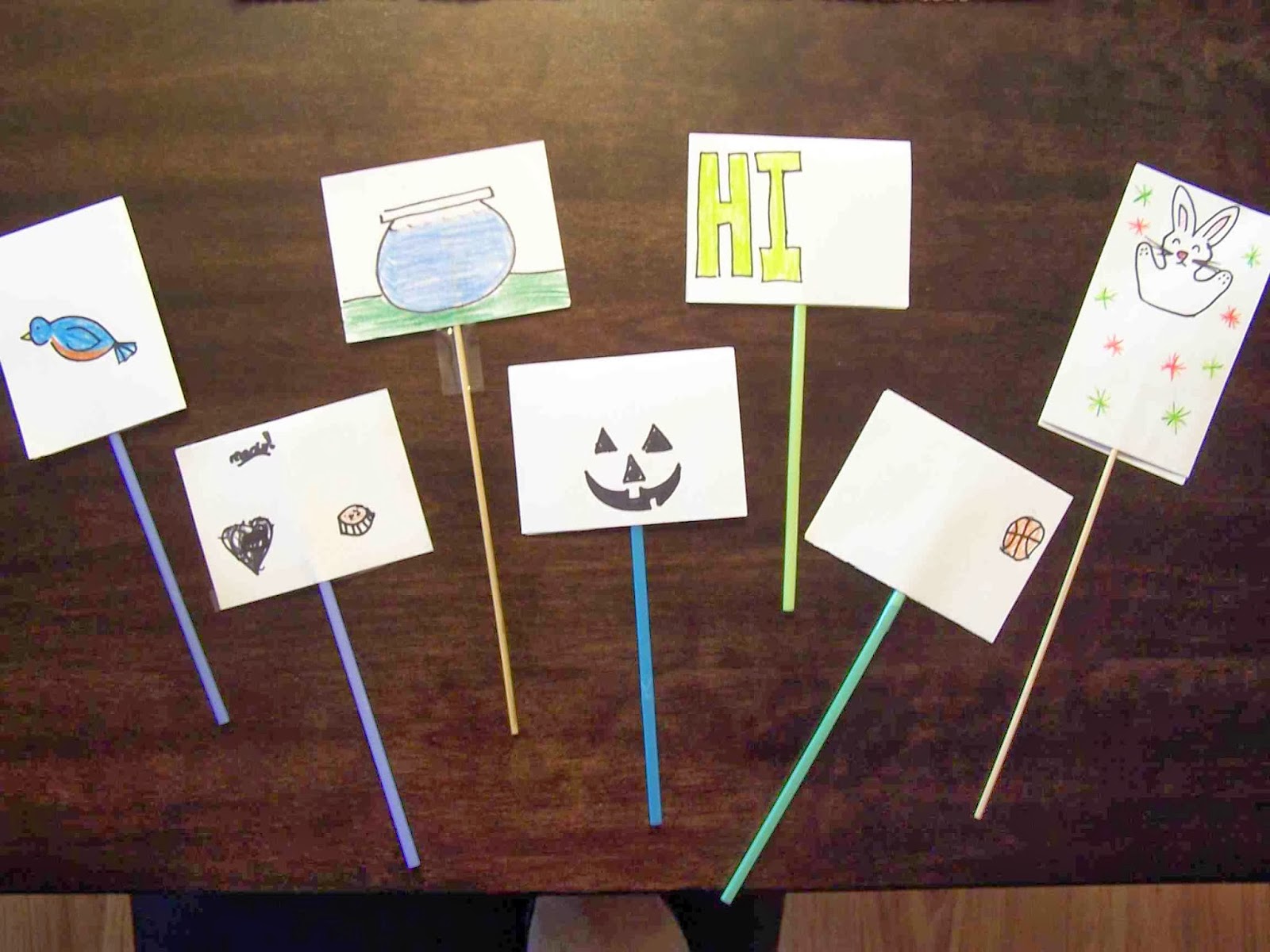 Here are some photos from the event...


Great! I tried to think of some great hook to get children to stop and do my project—I was worried it would seem like too much work. So I would say—“Hey, do you want to make a magic picture?—It only takes a minute!” and then I’d show them a couple of examples. My favorite was one that I created that has an image of a top hat on one side. I showed this to the children and said “I can make a rabbit come out of this hat—want to see?” And then, when I spun it, the rabbit (image from the other side) appears. It was really fun seeing the look of awe on some of the kids’ faces when they saw the two images come together!

The Lesson:
Because I had about 30 seconds per child to explain the concept, I tried to be pretty descriptive when showing them the examples. I’d say the following:
I had all sorts of creative Thaumatropes made: a cheetah leaping into a tree, a sugar glider leaping from a tree, a Star Wars light saber battle, all sorts of sports balls going into goals, hoops, nets, etc., kittens lounging in cat beds or eating food, and so much more! Students of all ages were successful with this craft—K-4th, I’d say.

I noticed the older they were, the more complicated they tried to make their animations and therefore the more thought needed to go into them (and then they sometimes needed to make some adjustments). But I tried to work with the students so that everyone went away with a successful Thaumatrope.
Posted by Mrs. P at 7:09 AM